Balmenach Distillery was founded in 1824 by James McGregor in Cromdale, near the river Spey. James McGregor was one of many illegal whisky makers in the region but he was also the first to gain a license (in 1822).

Balmenach whisky became popular and endured both world wars with minor stops in the production. In 1962 the number of stills was increased from four to six.

The distillery was forced to close temporarily in 1993 due to low demand, but was reopened again four years later as Inver House Distillers bought the distillery. Virtually all Balmenach whisky goes to the blended industry, although some releases are available from independent bottlers. 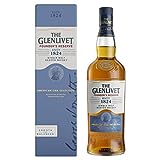